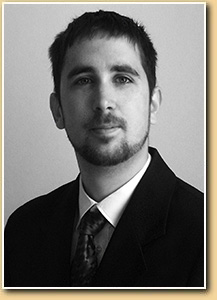 I was born in the late 80s and spent my childhood in Halászi, a village in the Northwest of Hungary. I was raised with love, rigor, and respect and was motivated to learn everything. Music became a part of my life very soon: in primary school I was singing in a choir, later on I attended a music school. Despite of my mother’s advice, I started to learn percussion.
It was actually by accident that music became my profession and calling, not just a hobby: I was member of two brass bands, a rock band, and started to study at the courses “Music Teacher, Conductor” and “Church Choir Conductor” at the College in Szombathely.
I wasn’t sure yet, whether it’s my true profession, but I enjoyed being in this environment. Organ and piano lessons were not my cup of tea, but I loved solfeggio, music history, music theory, music aesthetics, and a well-recognised teacher and conductor, Adrienne Vinczeffy taught me conducting. Later on I even started composing and Péter Tóth and Barnabás Horváth helped me a lot with it.
Before graduating from college, I made some experience with Kőszeg City Brass Band, and after a probation time, they signed a contract with me to be their bandmaster. This is why I moved away from home after graduating from college with honors. Since then, it is all about learning for me: the dynamics, the instruments and the whole world of brass bands.

After working with the band for a year, I applied for studying Conducting and Brass Band Conducting at the University of Debrecen. I was happy to have well-recognised teachers: László Dohos taught me conducting; from János Arany I learnt music history, and a set of values like accuracy and – persistence. It was a fruitful period, after my Graduation Concert I became a bandmaster, and the band of Kőszeg became one of the five best bands in Hungary.
Premieres (e.g. Ostrom Opera), prizes and master courses (by dr. László Marosi and Sir Howard Williams) followed, and I cannot be thankful enough to the people who helped me reaching these goals.

On 21st April, 2015 I received a phone call from János Arany, my former, deeply respected teacher, and he asked me to lead the Mixed Choir Fidelissima in Sopron. I accepted this great challenge, and I have to say, it is an honour for me, I enjoy it very much and look forward excitedly to the future.